Miami Fashion Week 2019 began on Wednesday ,May 29th , with a press conference at the Kimpton Epic Miami Hotel and then celebrated with a fabulous “Kick Off” party at Saks Fifth Ave in Brickell. Influencers, Fashion Bloggers, and Fashion lovers were invited to celebrate MIAFW. Models strolled past the fashionista crowd, providing a “sneak peek” of the beautiful designs we were about to see walk down the runway at Ice Palace Film Studios. It was quite a party with music, dancing, cocktails and a full spread of tasty Italian fare which included a selection of meats, cheeses and delicious desserts from Casa Tua.

Thursday’s Fashion shows began with Rene Ruiz presenting his new collection Rene by RR. It was a beautiful line with lots of shine. They featured gorgeous dresses as well as swimwear. Agatha Ruiz De La Prada Show followed. The designer entertained with a bright splash of ” fun induced” clothing. We saw everything from kitschy fried eggs splattered on tops to sky high platform heels in various patterns & colors.

The opening night was extra special for me. It was my first time attending Miami Fashion week and I had my beautiful niece Ashley ( @lattesandchanel from Cincinnati) by my side!

Sunday was the last day of Miami Fashion Week. Fashionistas from all over gathered on the green carpet, striking a pose before heading into the Runway Show finale of Fashion Week.

Characters on stilts, loud music & cocktails closed MIAFW around the bar at Ice Palace Film Studios. It was a whirlwind of Fashion, filled with Latin American influence. This marked the 4th year for Miami Fashion week and is beginning to put Miami on the map of Fashion. I truly enjoyed seeing the Latin American Designer’s visions of style and flare. It is what makes Miami stand out in our country while embracing other countries cultures through fashion.

* Thanks to the Miami Fashion Week’s official site for some of the photos above.

This post may contain affiliate links of products I recommend at no additional cost to you. Read about my affiliate policy here.

Previous Post: « REBAG launches in the Miami Design district
Next Post: Quick and easy back to school dinner » 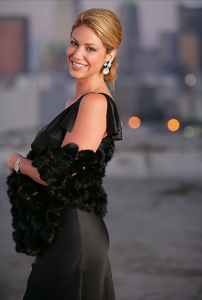 Stay up to date

Don't miss all the latest!

This error message is only visible to WordPress admins